History of Tucson and the West University Neighborhood

Tucson! Old Pueblo! El Presidio de Tucson! Tucson has been known by a few names over the years. Before being founded as the Tucson we know today, the area had been home to Indian villages and farms for at least 2000 years.

In 1700 Father Francisco Kino established the Spanish mission San Xavier, at the Indian Village of Bac, 10 miles south of Tucson. It was the first in a string of similar missions to be located in what is today Southern Arizona.

Downtown Tucson preserves a cultural heritage from approximately 900 AD to the present. Early Hohokam Indians, Spaniards, Mexicans, and Anglo pioneers struggled with the environment and isolation. Tucson's first inhabitants roamed the area hunting mammoth and bison between 12,500 and 6,000 B.C. Following them were the Cochise culture, who built pit houses and used stone tools, and the Hohokam, who began farming the valley floor in 300 A.D. The words "El Presidio" refer to the walled fort that replaced Tubac as an outpost for Spain in the New World. In 1692, Spanish missionaries, looking for souls to convert and subjects for the king, arrived in the valley to find the Indian village S-tukson ("black base"). In 1775, the Presidio was laid out by Colonel Hugo O'Connor, but it took several years to complete the adobe walls that would provide protection from Apache raids. 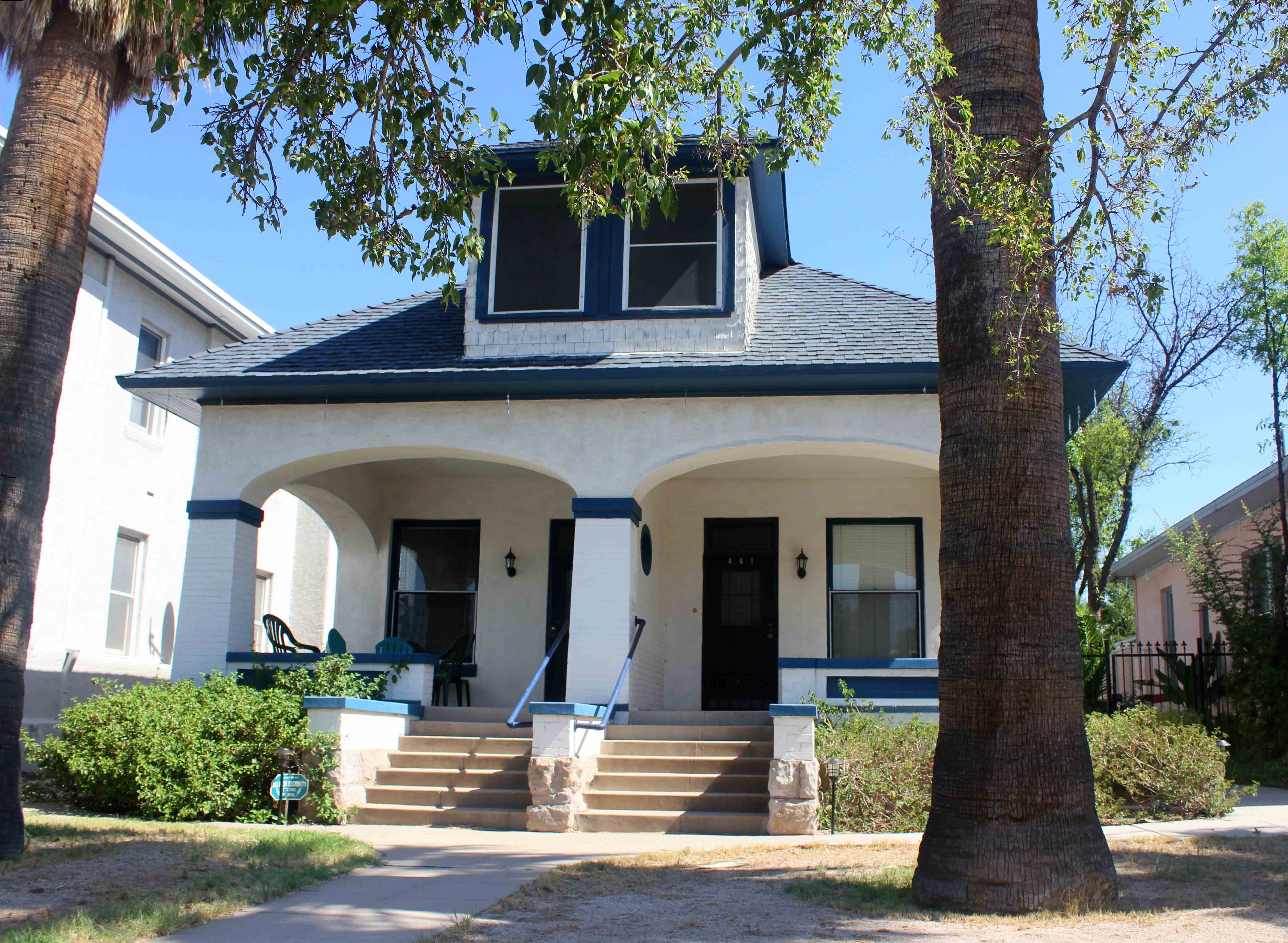 El Presidio de Tucson was established in 1776 and by 1800 there was a population of 300. Despite population increases and a change of flag from Spanish to Mexican in 1821, Tucson and its low, flat-roofed, adobe Sonoran buildings continued to look much the same. In fact, during territorial times, adobe blocks from the Presidio wall were scavenged to build new structures, while other portions were incorporated into homes at the fort site.

In 1853 part of Arizona including Tucson became a territory of the United States as a result of the Gadsden Purchase. Almost immediately Anglo settlers from the east trickled in, and with them came American manufactured goods. The shipment of glass in particular led to the addition of windows to the Sonoran style and development of the transitional style home.

With the arrival of the railroad in 1880, many architectural styles were introduced. By the time of statehood in 1912, Tucson was seeing new home styles such as Anglo-territorial, in which the basic adobe form of a Sonoran structure was superimposed with pitch roofs and Greek Revival architectural detailing.

These houses were examples of Sonoran, Transitional, Anglo-Territorial, or American Victorian Styles. Brick and adobe were the predominant materials. In 1900 there were 111 residents in the area, mostly concentrated in the southwest corner.

The neighborhood is one-half square mile bounded by Speedway Blvd., Park Avenue, Sixth Street and Stone Avenue. At the turn of the 20th century, the West University Neighborhood began to grow substantially because of the founding of the University of Arizona in 1887, the influx of tuberculosis patients (tuberculars), and seasonal residents.

Because of this growth, in 1902 the city council approved a subdivision plan with 42 blocks, each with 16 lots. The alleys divided blocks to allow for access to rental housing, as well as service. The alley-house would often be built first, with the main house on the street built three to five years later.

Although a number of home styles were represented in the period, the Bungalow style was the most popular. The typical Bungalow was small—two rooms wide, two and three rooms deep, built of stuccoed brick, with a front porch and a gabled roof and cost about $5,000 to build.

From 1901 to 1945, 373 Bungalow style houses were built compared to 51 Spanish Colonial Revival houses and 20 American Victorian houses, among others. 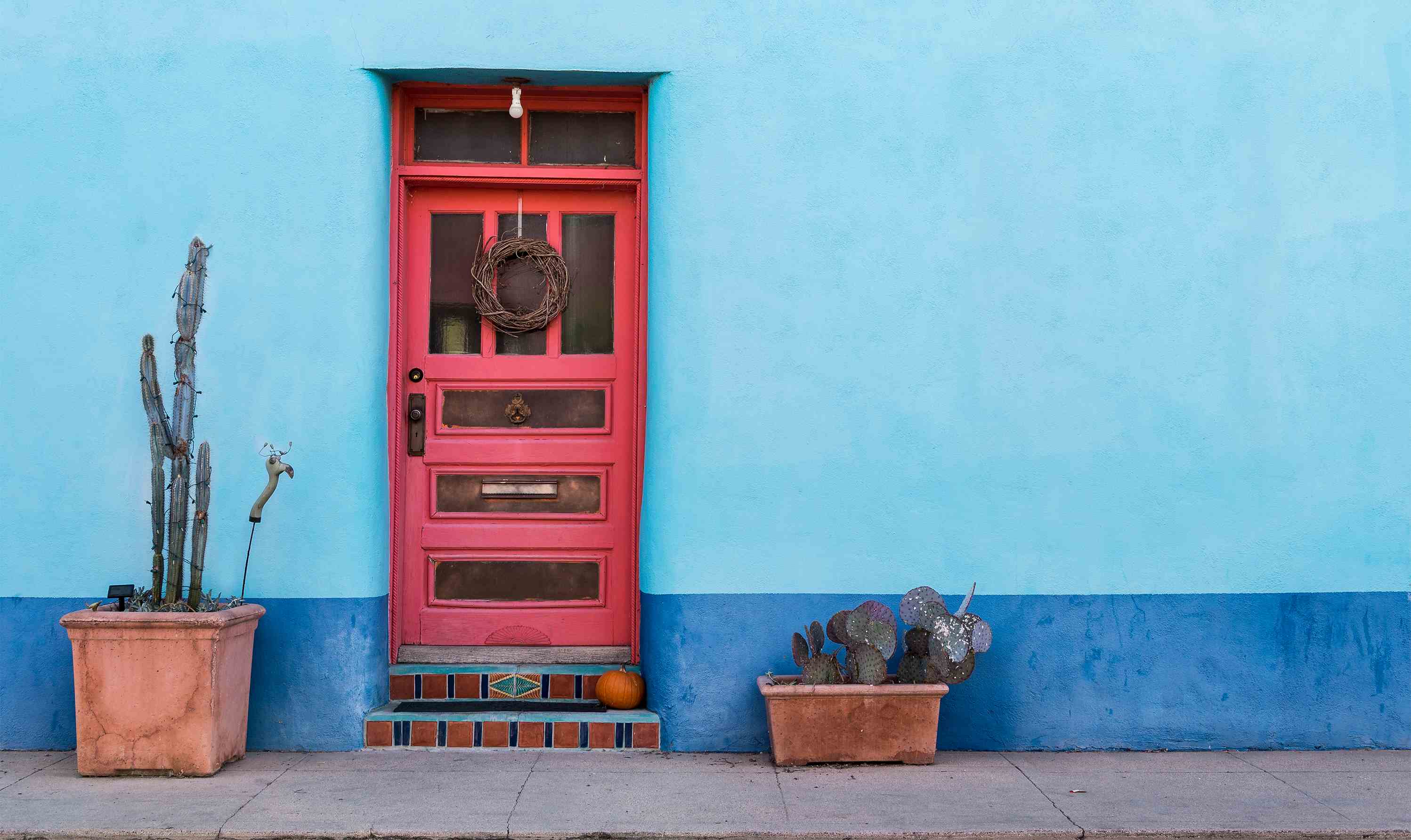 From 1900 to 1930, many houses in the neighborhood were built for speculation. The Drachman family, for example, purchased many corner lots. The John Murphy Company purchased a half block on Second Street between Fourth and Fifth Avenues. Similarly, P. N. Jacobus, a speculative builder who later became Mayor of Tucson, purchased on half of a block on Fourth Street between Second and Third Avenues.

As the population grew, so did the need for institutional structures. Several large apartment courts and houses were built to accommodate seasonal residents. In 1924, the first neighborhood supermarket opened at the corner of University Blvd. And Third Avenue. Tucson High School was built in 1908, which now serves as Roskruge Elementary. The new Tucson High School was built in 1924. 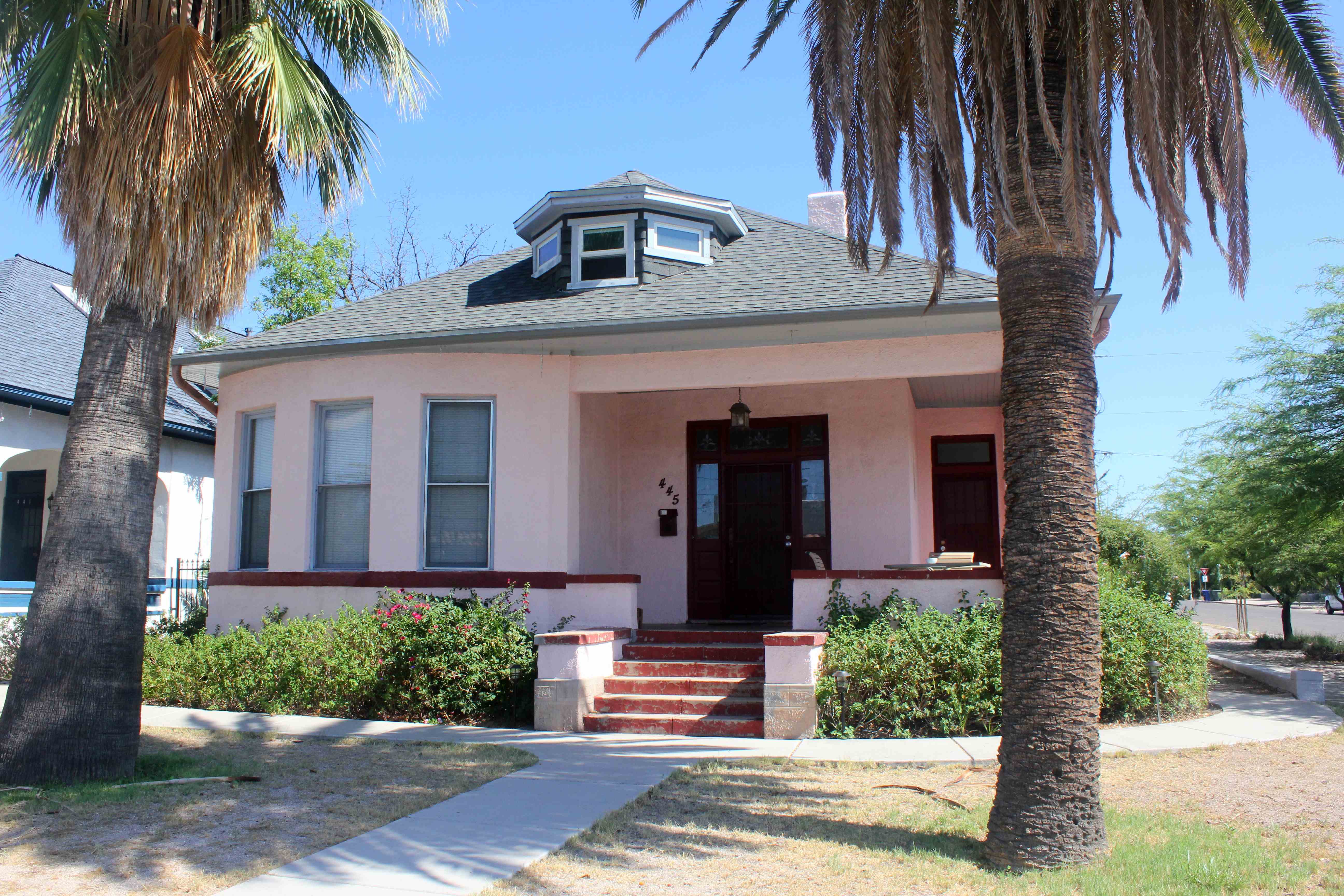 The Stone Avenue corridor has changed to accommodate some of those needs as evidenced by the private sector student housing between Speedway and 6th St. in Dunbar-Spring and Sam Hughes Place in the Sam Hughes neighborhood. The new buildings have run the gamut as to whether or not they are compatible with the neighborhood design and architecture. Throughout the university neighborhoods, the same request has been voiced by the residents and that is—to maintain a usual and customary quality of neighborhood life.